How to Draw Traditional Japanese Clothing

As you probably know, Wacom (株式会社ワコム, Kabushiki-gaisha Wacom) is a global company established in 1983 in Saitama, Japan. As a Japanese company, we thought it would be fun to show off this little visual reference by Manga artist, Chihiro Howe that helps you easily see how various traditional pieces of Japanese clothing should be drawn.

Chihiro told us she kept seeing artists trying to draw Kimono or Yukata and getting it wrong, so she created an easy-to-follow tutorial on how to draw various types of Japanese clothing. 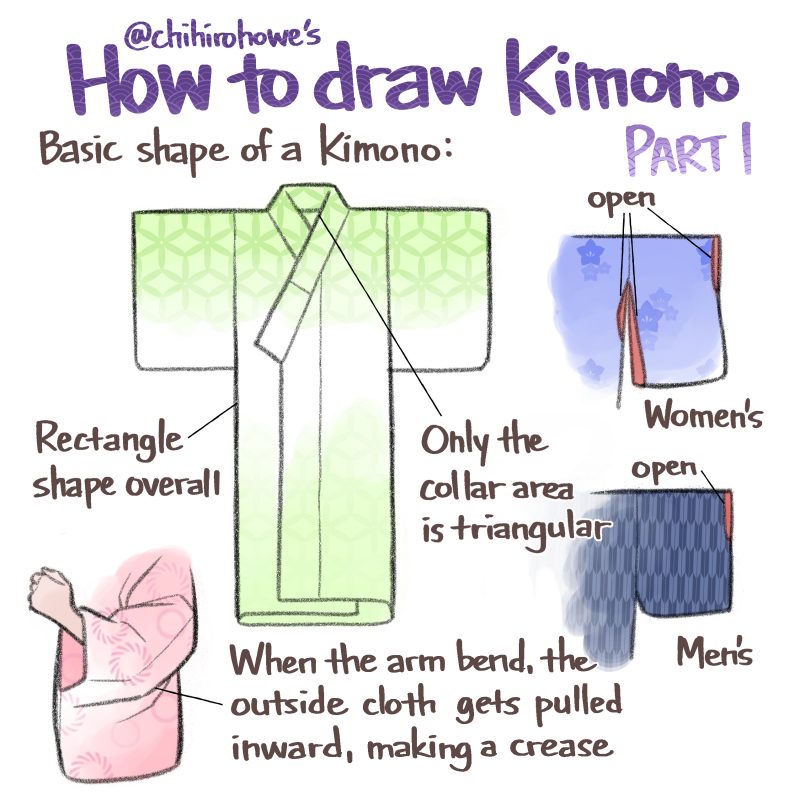 We first met Chihiro Howe at an animation event featuring Tom and Tony Bancroft the Wacom Experience Center in Portland, OR a couple of years ago. Carrying a large backpack full of sketchbooks and copic markers, we were enthralled with her cheerful enthusiasm and passion for art and have been following her journey on  Instagram ever since.

Chihiro graduated from Brigham Young University in Hawaii with a fine arts degree, but has become primarily known for her Manga art style. She is the creator of the webcomic, The Other Day I Met a Bear, which was originally produced in Japanese, but has since been translated to English.